Roche (SIX: RO, ROG; OTCQX: RHHBY) today announced longer-term data from the Phase III open-label extension studies of OPERA I, OPERA II and ORATORIO showed that patients who were treated with OCREVUS® (ocrelizumab) continuously for six years or more had reduced risk of disability progression in relapsing MS (RMS) and primary progressive MS (PPMS). These results suggest earlier treatment with OCREVUS reduced the risk of disability progression and this effect was sustained over time. Additionally, new safety data as of January 2019 were announced, representing 4,611 patients with RMS and PPMS and 14,329 patient years of exposure to OCREVUS, across all OCREVUS clinical trials, and remain consistent with the medicine’s favourable benefit-risk profile. Findings were presented at the 35th Congress of the European Committee for Treatment and Research in Multiple Sclerosis (ECTRIMS) in Stockholm, Sweden.

"The effect of MS therapies on progression - not just relapses - is very important to help reduce the impact of the disease on the daily lives of people with MS and their families," said Professor Gavin Giovannoni, Consultant Neurologist at Barts and the London School of Medicine and Dentistry. "The OCREVUS data at ECTRIMS highlight that the benefit of delaying, and possibly preventing, disability progression is greater when the treatment is used earlier in the disease course for both relapsing and primary progressive forms of MS. These data support the aphorism, ‘time really is brain and spinal cord in multiple sclerosis."

In the OPERA OLE, the proportion of RMS patients with 24-week confirmed disability progression (CDP) was lower for those treated with continuous OCREVUS (total of six years on OCREVUS) compared with patients who switched to OCREVUS after two years of interferon beta-1a treatment in the double-blind period (total of four years on OCREVUS) (19 percent vs. 24 percent; p<0.05).

In the ORATORIO OLE, the proportion of PPMS patients with 24-week CDP was lower for those treated with continuous OCREVUS over six and a half years compared with patients who switched to OCREVUS from placebo after the double-blind period (52 percent vs. 65 percent; p=0.002). Upper limb disability progression, measured by the nine-hole peg test (9-HPT), was significantly reduced in patients who were continuously treated with OCREVUS compared with those who switched from placebo (31 percent vs. 43 percent; p=0.004). Data also showed earlier intervention with OCREVUS resulted in a 42 percent reduction in the risk of PPMS patients needing a wheelchair (EDSS≥7) over 6.5 years compared with patients who started OCREVUS treatment after the double-blind period (p=0.0112).

Additionally, data from the open-label Phase IIIb CASTING study evaluating OCREVUS in patients with RRMS who had a suboptimal response to at least six months of treatment with one or two other disease modifying treatments (DMTs) were presented. An interim analysis showed 87 percent of patients who switched to OCREVUS had no evidence of disease activity (NEDA) after 48 weeks of treatment.

A new, separate analysis from the same study showed that patients who switched from another DMT to OCREVUS reported greater satisfaction with OCREVUS after one year of treatment. Patients reported satisfaction with its effectiveness, side effects, convenience and overall satisfaction, as measured by the self-reported Treatment Satisfaction Questionnaire for Medication vII (TSQM vII).

Furthermore, results from two Phase IIIb studies, the CHORDS substudy in RRMS and the SaROD study in PPMS and RMS, demonstrate patients treated with OCREVUS at a reduced infusion time showed no increased risk of serious, severe or life-threatening infusion-related reactions. The current infusion time is approximately 3.5 hours and a majority of the patients in these studies completed infusions within 2.5 hours. Frequency of administration is highly important to patients and their healthcare providers and potentially shorter OCREVUS infusion times once every six months may improve the overall treatment experience.

In addition to consistent overall safety outcomes, new data on 267 pregnancies in MS patients from OCREVUS clinical trials and real-world use were also in line with previous reports, and the reviewed cases to date do not suggest an increased risk of adverse pregnancy outcomes in case of accidental exposure within a year of conception or during pregnancy.

OCREVUS is the first and only therapy approved for both RMS (including relapsing-remitting MS (RRMS) and active, or relapsing, secondary progressive MS, in addition to clinically isolated syndrome in the U.S.) and PPMS. OCREVUS is dosed every six months, with rapidly increasing real-world experience and more than 120,000 people with MS treated globally. OCREVUS is now approved in 89 countries across North America, South America, the Middle East, and Eastern Europe, as well as in Australia, Switzerland and the European Union.

Full session details and data presentation listings for ECTRIMS can be found at the congress website: https://www.ectrims-congress.eu/2019.html

Multiple sclerosis (MS) is a chronic disease that affects more than 2.3 million people globally, for which there is currently no cure. MS occurs when the immune system abnormally attacks the insulation and support around nerve cells (myelin sheath) in the brain, spinal cord and optic nerves, causing inflammation and consequent damage. This damage can cause a wide range of symptoms, including muscle weakness, fatigue and difficulty seeing, and may eventually lead to disability. Most people with MS experience their first symptom between 20 and 40 years of age, making the disease the leading cause of non-traumatic disability in younger adults.

Relapsing-remitting MS (RRMS) is the most common form of the disease and is characterized by episodes of new or worsening signs or symptoms (relapses) followed by periods of recovery. Approximately 85 percent of people with MS are initially diagnosed with RRMS. The majority of people who are diagnosed with RRMS will eventually transition to secondary progressive MS (SPMS), in which they experience steadily worsening disability over time. Relapsing forms of MS (RMS) include people with RRMS and people with active SPMS who continue to experience relapses. Primary progressive MS (PPMS) is a debilitating form of the disease marked by steadily worsening symptoms but typically without distinct relapses or periods of remission. Approximately 15 percent of people with MS are diagnosed with the primary progressive form of the disease. Until the EMA approval of OCREVUS, there have been no EMA approved treatments for PPMS.

People with all forms of MS experience disease activity - inflammation in the nervous system and permanent loss of nerve cells in the brain - even when their clinical symptoms aren’t apparent or don’t appear to be getting worse. An important goal of treating MS is to reduce disease activity as soon as possible to slow how quickly a person's disability progresses.

OCREVUS is the first and only therapy approved for both RMS (including clinically isolated syndrome, RRMS and active, or relapsing, SPMS) and PPMS, with six-monthly dosing. OCREVUS is a humanised monoclonal antibody designed to target CD20-positive B cells, a specific type of immune cell thought to be a key contributor to myelin (nerve cell insulation and support) and axonal (nerve cell) damage. This nerve cell damage can lead to disability in people with multiple sclerosis (MS). Based on preclinical studies, OCREVUS binds to CD20 cell surface proteins expressed on certain B cells, but not on stem cells or plasma cells, suggesting that important functions of the immune system may be preserved.

OCREVUS is administered by intravenous infusion every six months. The initial dose is given as two 300 mg infusions given two weeks apart. Subsequent doses are given as single 600 mg infusions. About Roche in neuroscience

Neuroscience is a major focus of research and development at Roche. The company’s goal is to develop treatment options based on the biology of the nervous system to help improve the lives of people with chronic and potentially devastating diseases. Roche has more than a dozen investigational medicines in clinical development for diseases that include multiple sclerosis, spinal muscular atrophy, neuromyelitis optica spectrum disorder, Alzheimer's disease, Huntington's disease, Parkinson’s disease, Duchenne muscular dystrophy and autism.

Roche is the world’s largest biotech company, with truly differentiated medicines in oncology, immunology, infectious diseases, ophthalmology and diseases of the central nervous system. Roche is also the world leader in in vitro diagnostics and tissue-based cancer diagnostics, and a frontrunner in diabetes management.

Founded in 1896, Roche continues to search for better ways to prevent, diagnose and treat diseases and make a sustainable contribution to society. The company also aims to improve patient access to medical innovations by working with all relevant stakeholders. More than thirty medicines developed by Roche are included in the World Health Organization Model Lists of Essential Medicines, among them life-saving antibiotics, antimalarials and cancer medicines. Moreover, for the tenth consecutive year, Roche has been recognised as the most sustainable company in the Pharmaceuticals Industry by the Dow Jones Sustainability Indices (DJSI).

The Roche Group, headquartered in Basel, Switzerland, is active in over 100 countries and in 2018 employed about 94,000 people worldwide. In 2018, Roche invested CHF 11 billion in R&D and posted sales of CHF 56.8 billion. Genentech, in the United States, is a wholly owned member of the Roche Group. Roche is the majority shareholder in Chugai Pharmaceutical, Japan. 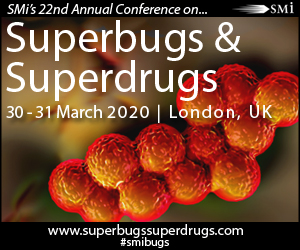